I was still feeling momentum from painting the wood elves yesterday and as I had another day off I decided to add something to them for the Blood Diamond Chalice tournament this weekend. While rummaging around through my hobby things, I found a pre-made pedestal that I had bought at Michael's years ago. The thought was simple. Drill out some holes and then base it similar to the team. All I had to do was line them up, trace it out, and drill the holes 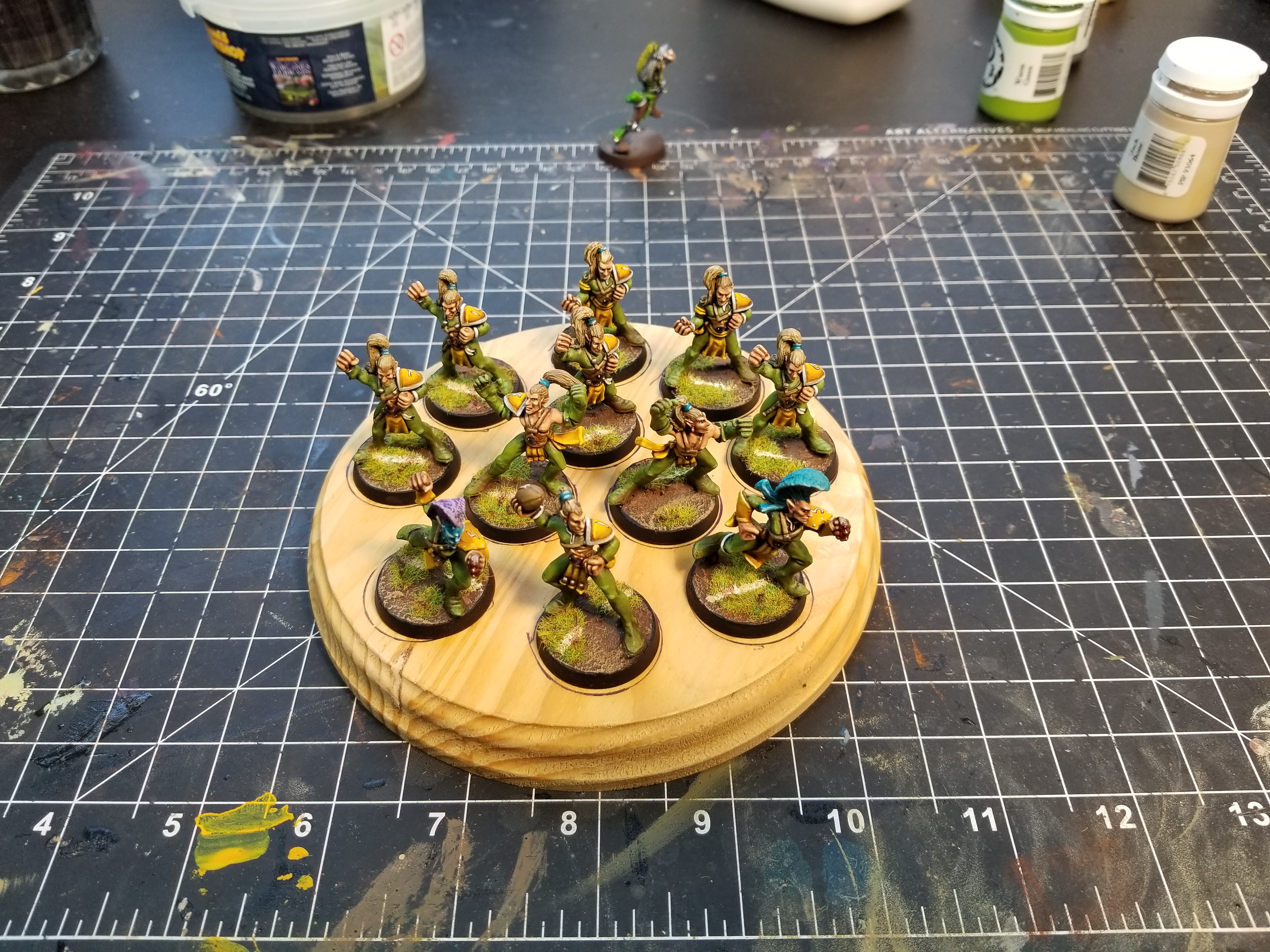 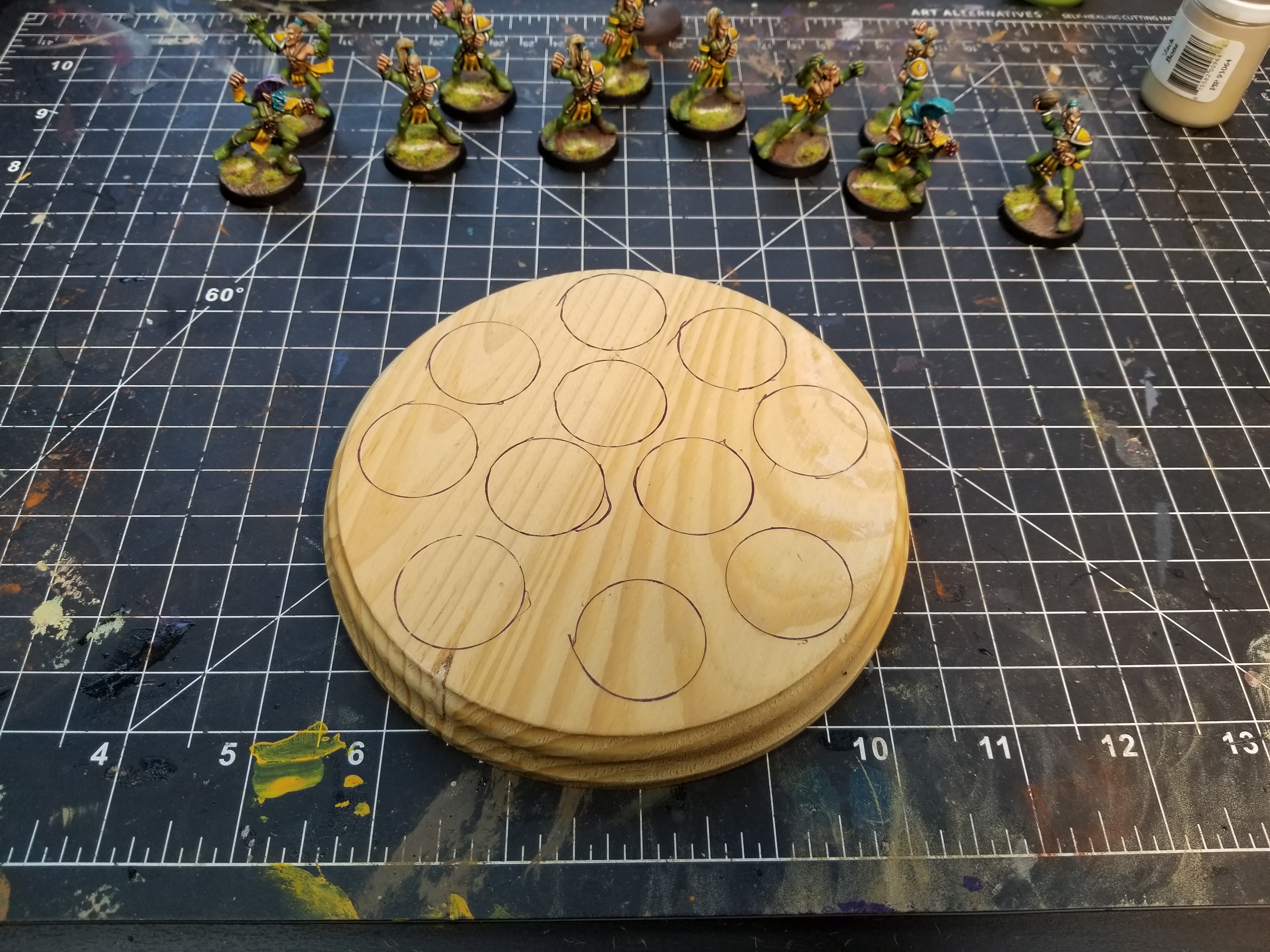 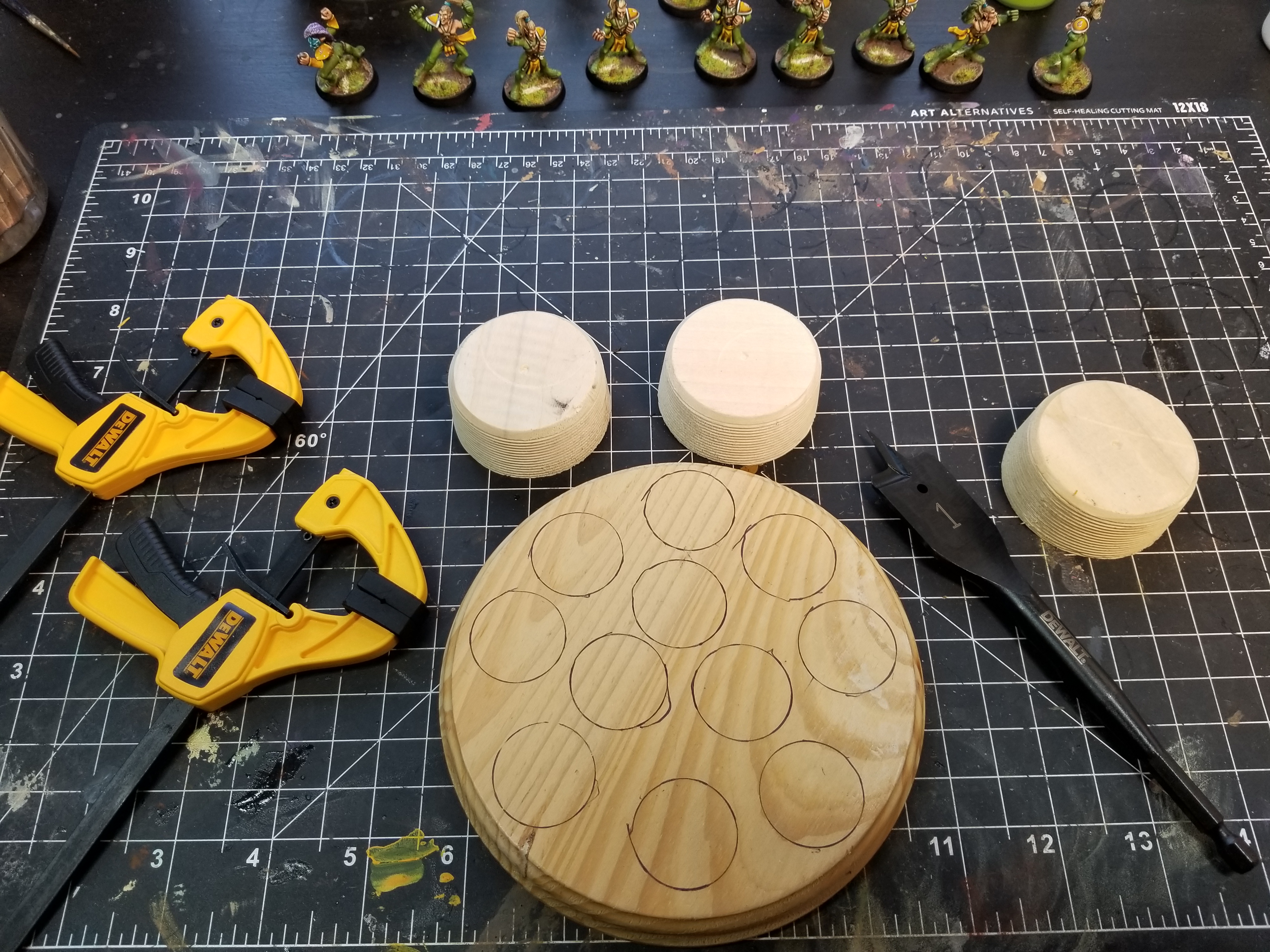 I used the wood plugs as spacers to make sure I did not drill into my desk and clamped it down so I could use both hands with the drill to keep the holes as straight as possible. 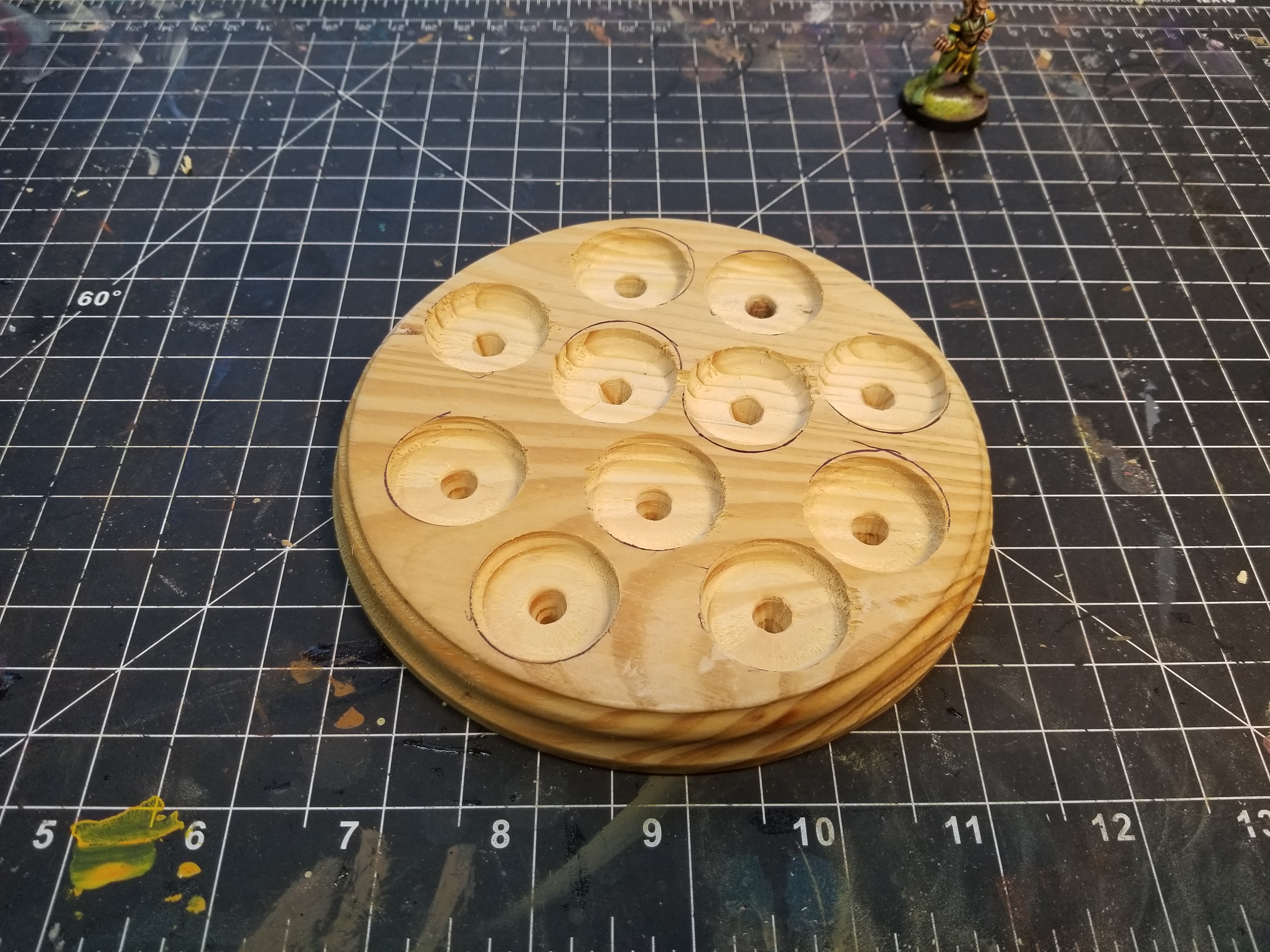 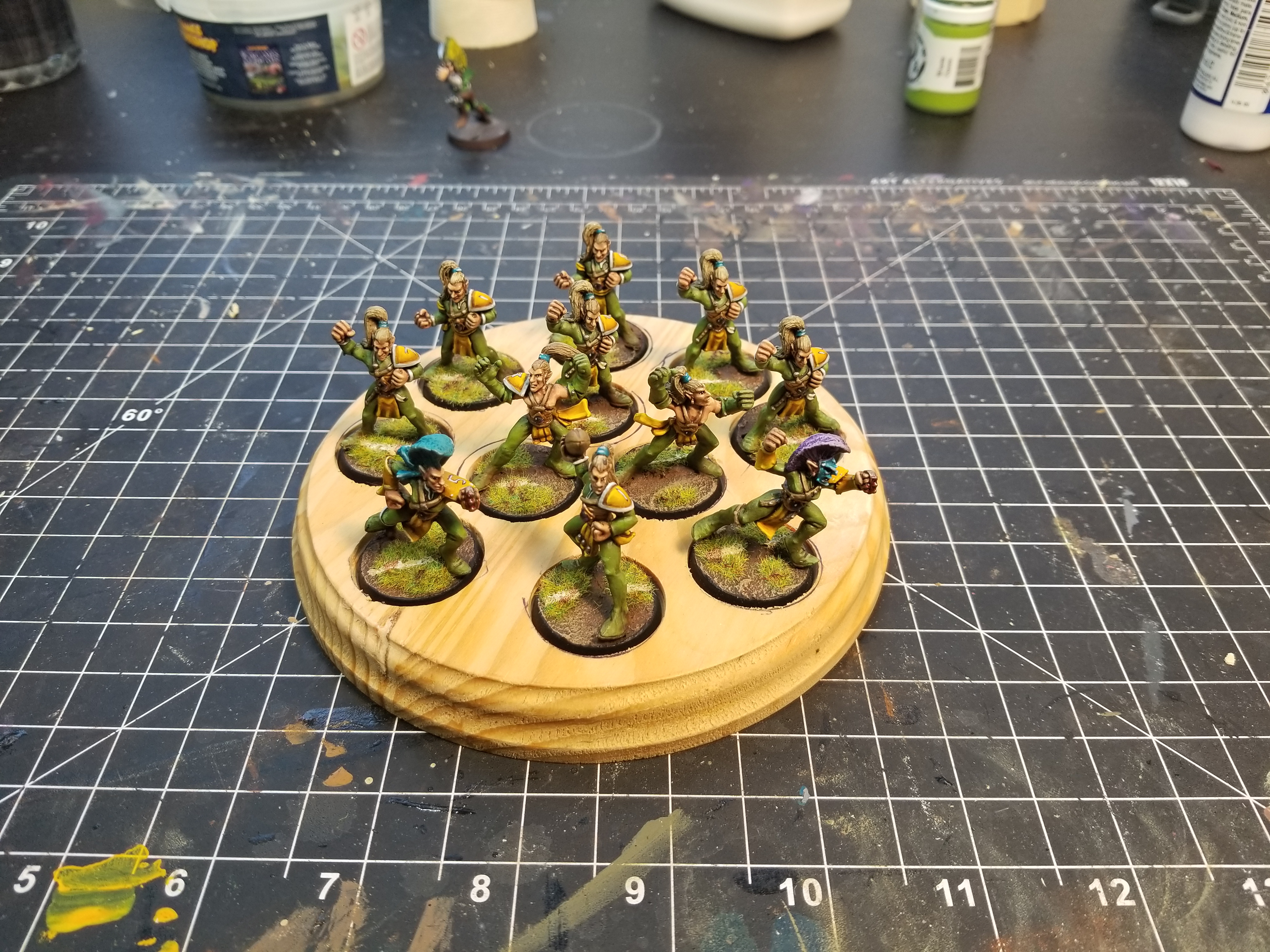 I put the models in to make sure that the holes all worked out.

Half way through the project I decided to magnetize the models and found some nickels, as 5 cents a base is a good deal! 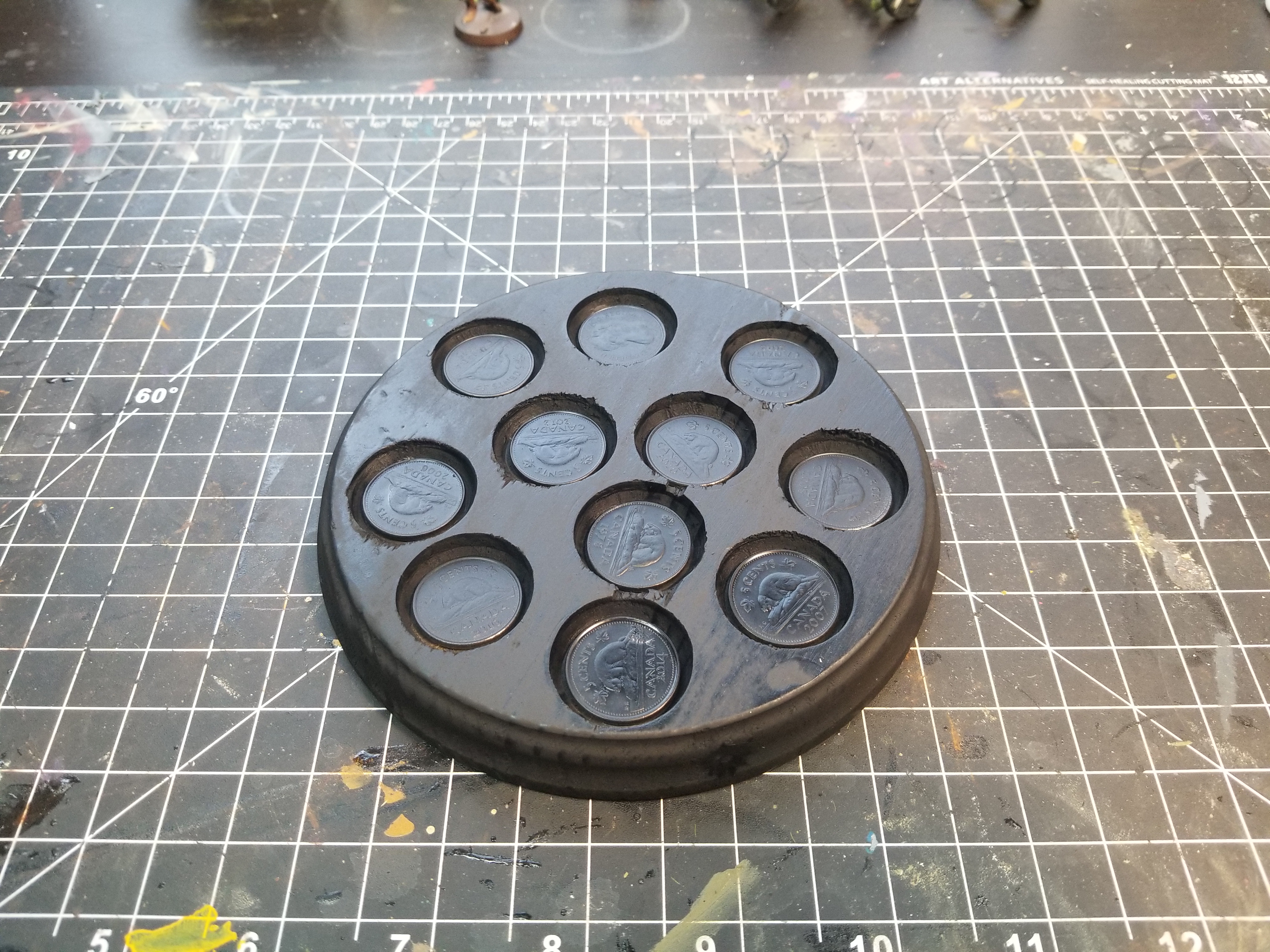 Then I just had to prime it, slap on some texture paint, and drybrush. 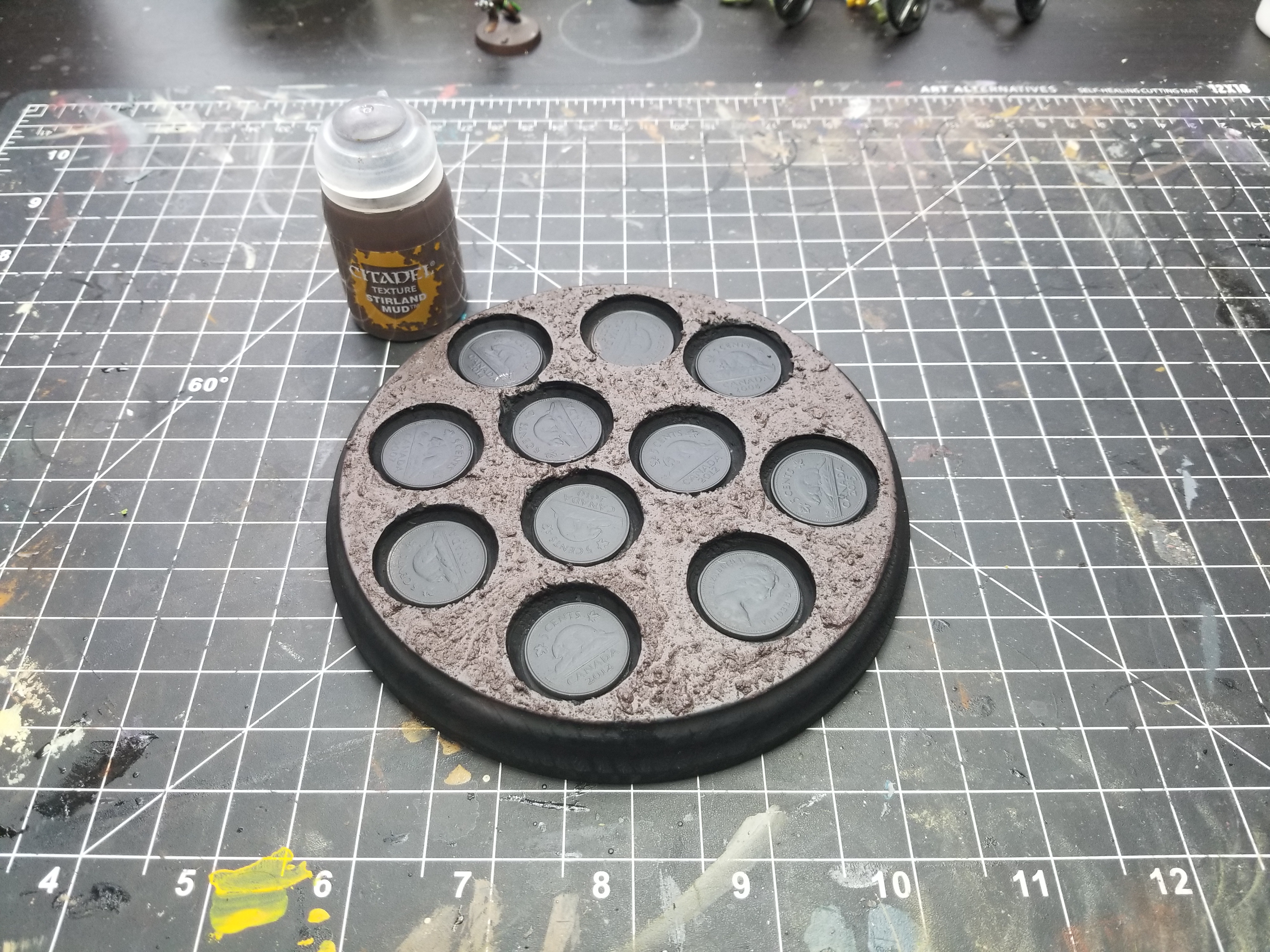 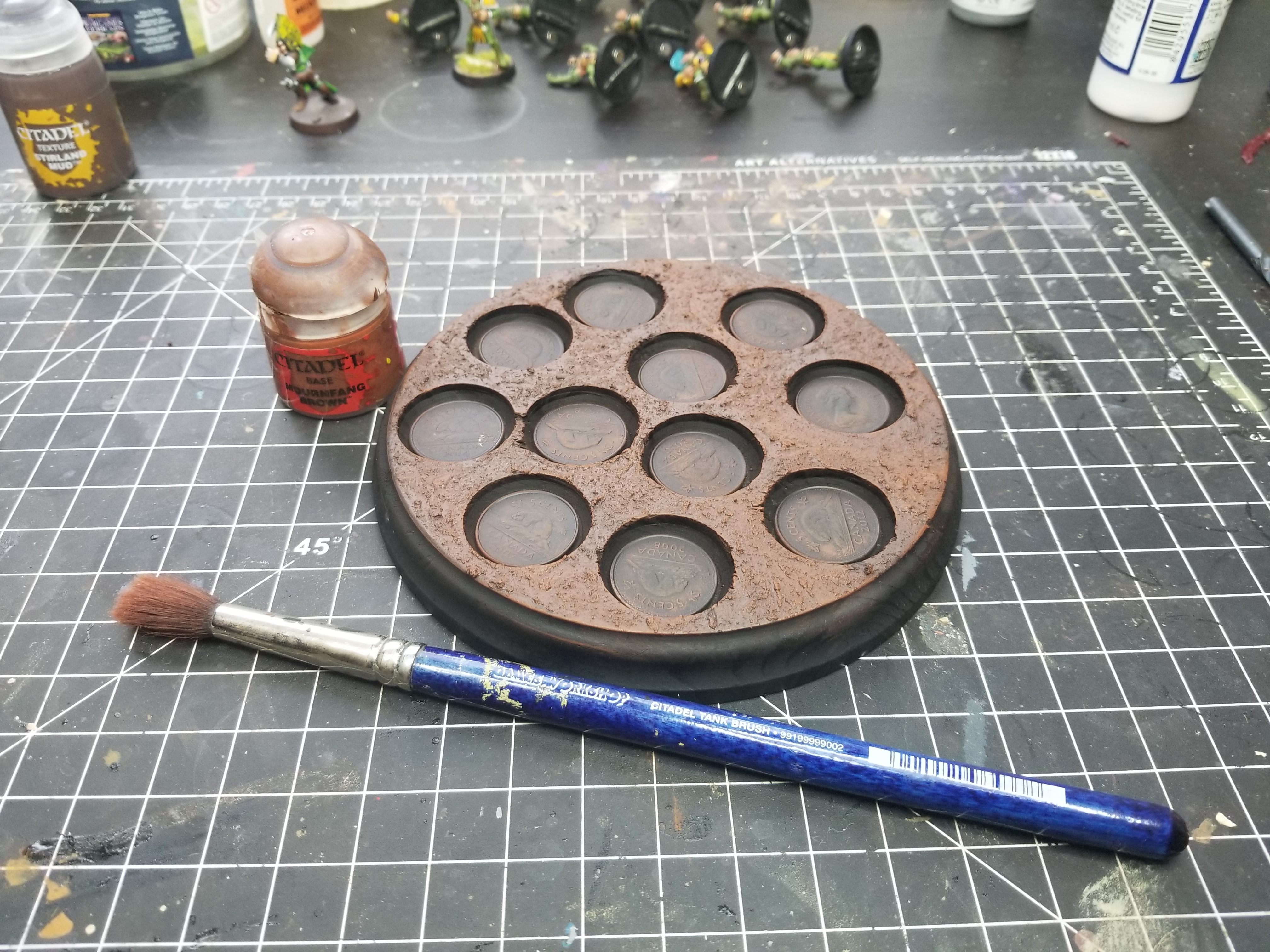 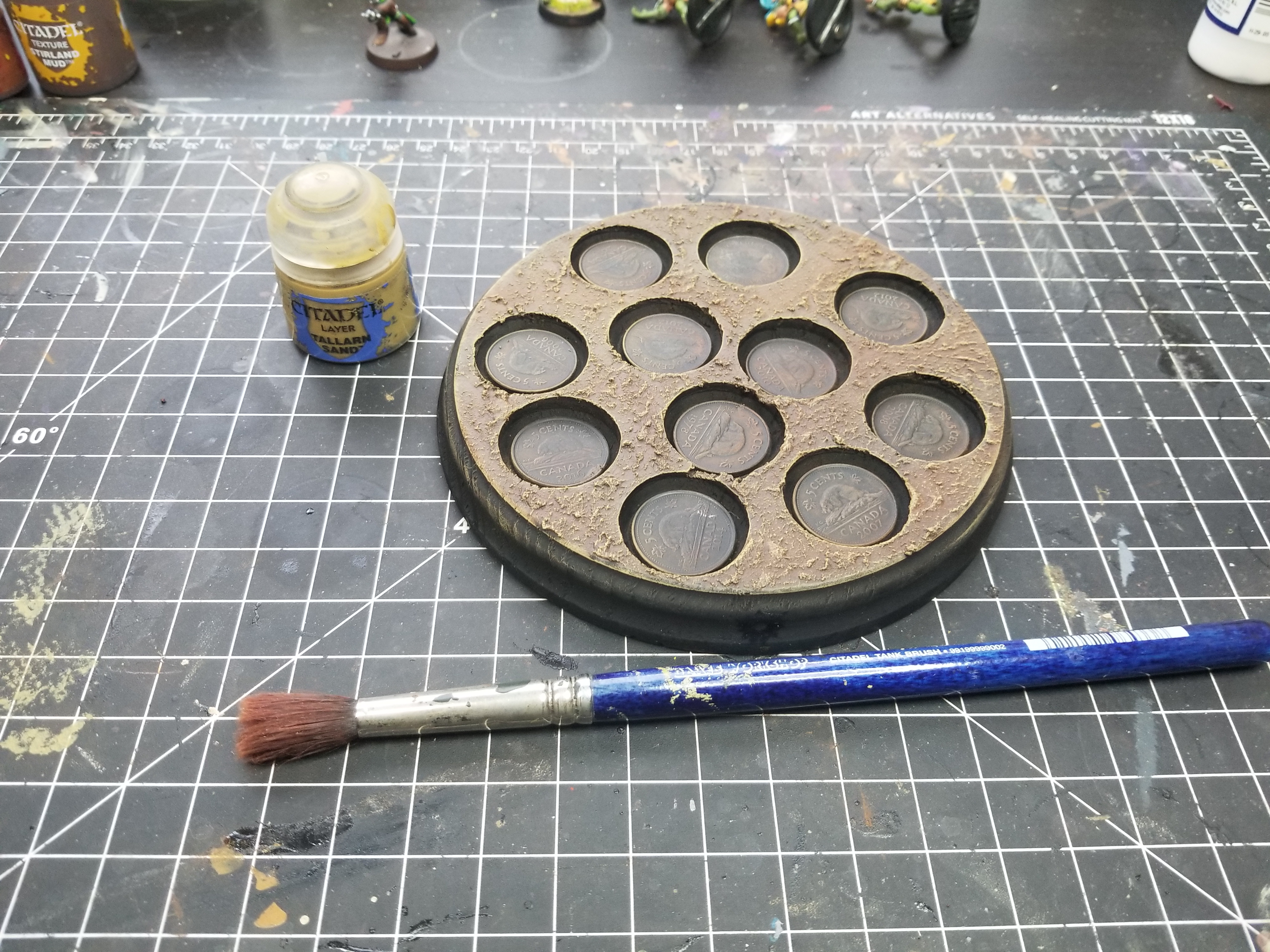 I forgot to take a photo of the last stage but it was just a final highlight with bleached bone.

Clean up the rim and add static grass, and I call it done! 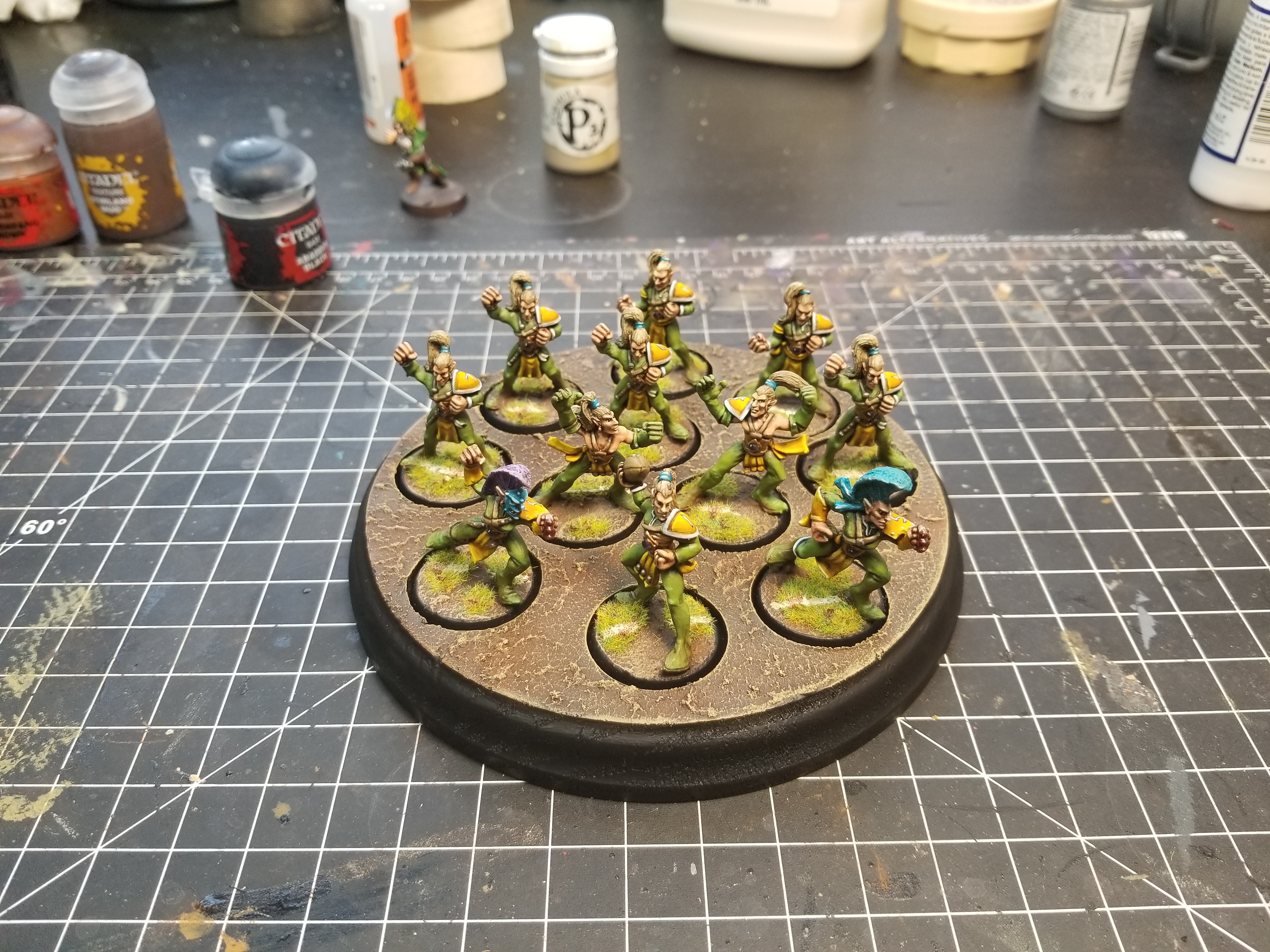 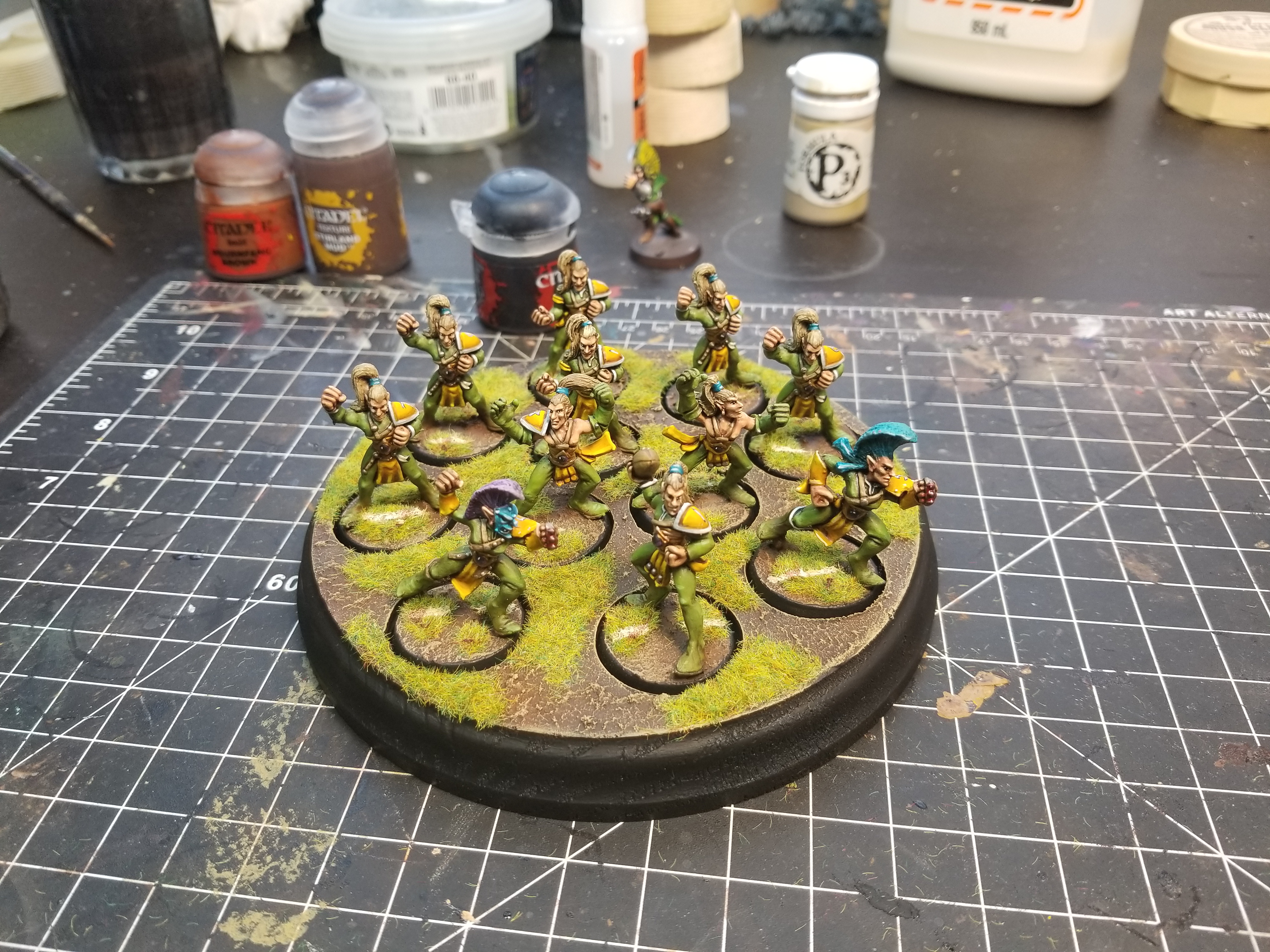 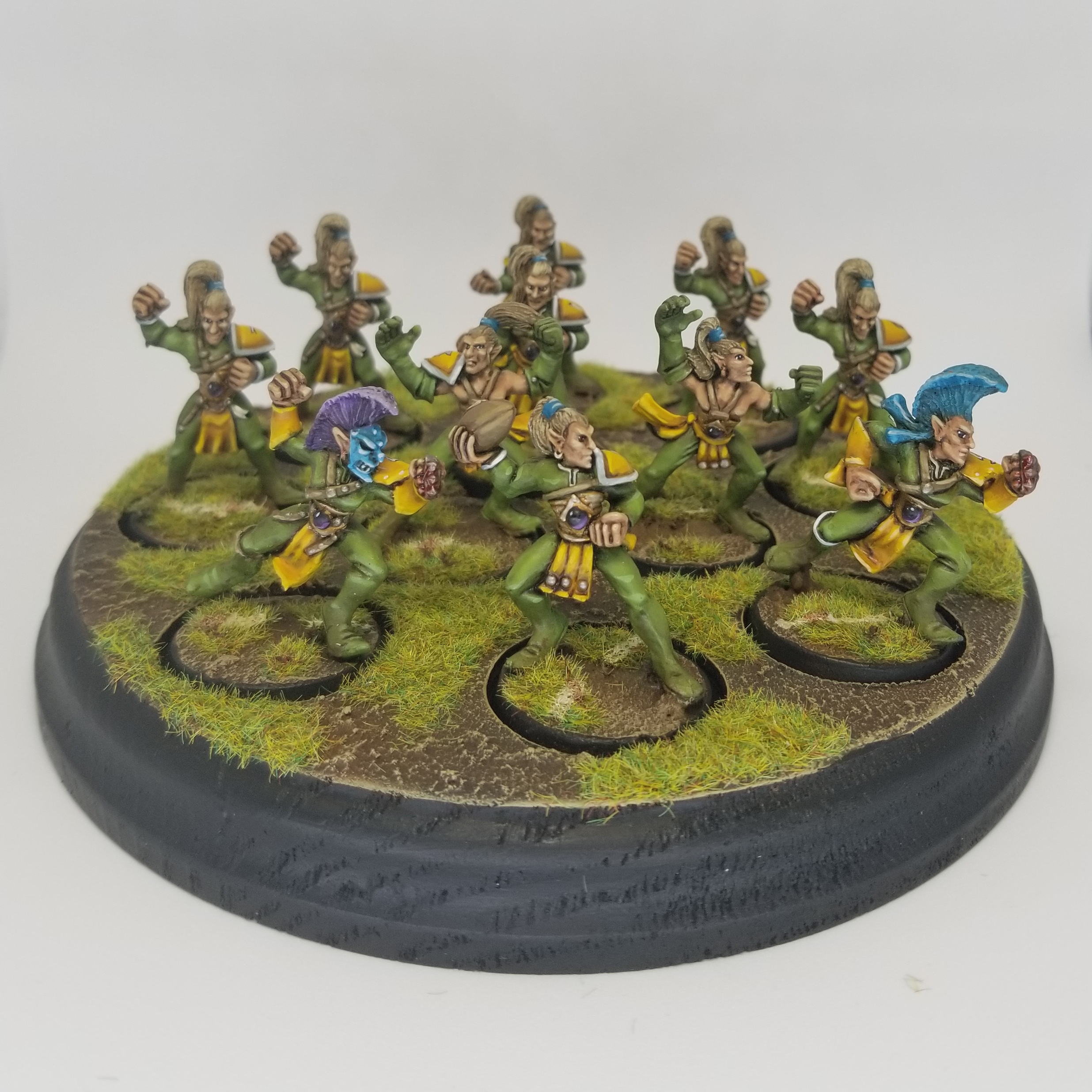 This has been really fun and finished up quickly!

Until I find something else to add....

Instead of writing a new post... I thought the base was missing something so I added a tree that I had left over from another project. It's done now I swear... 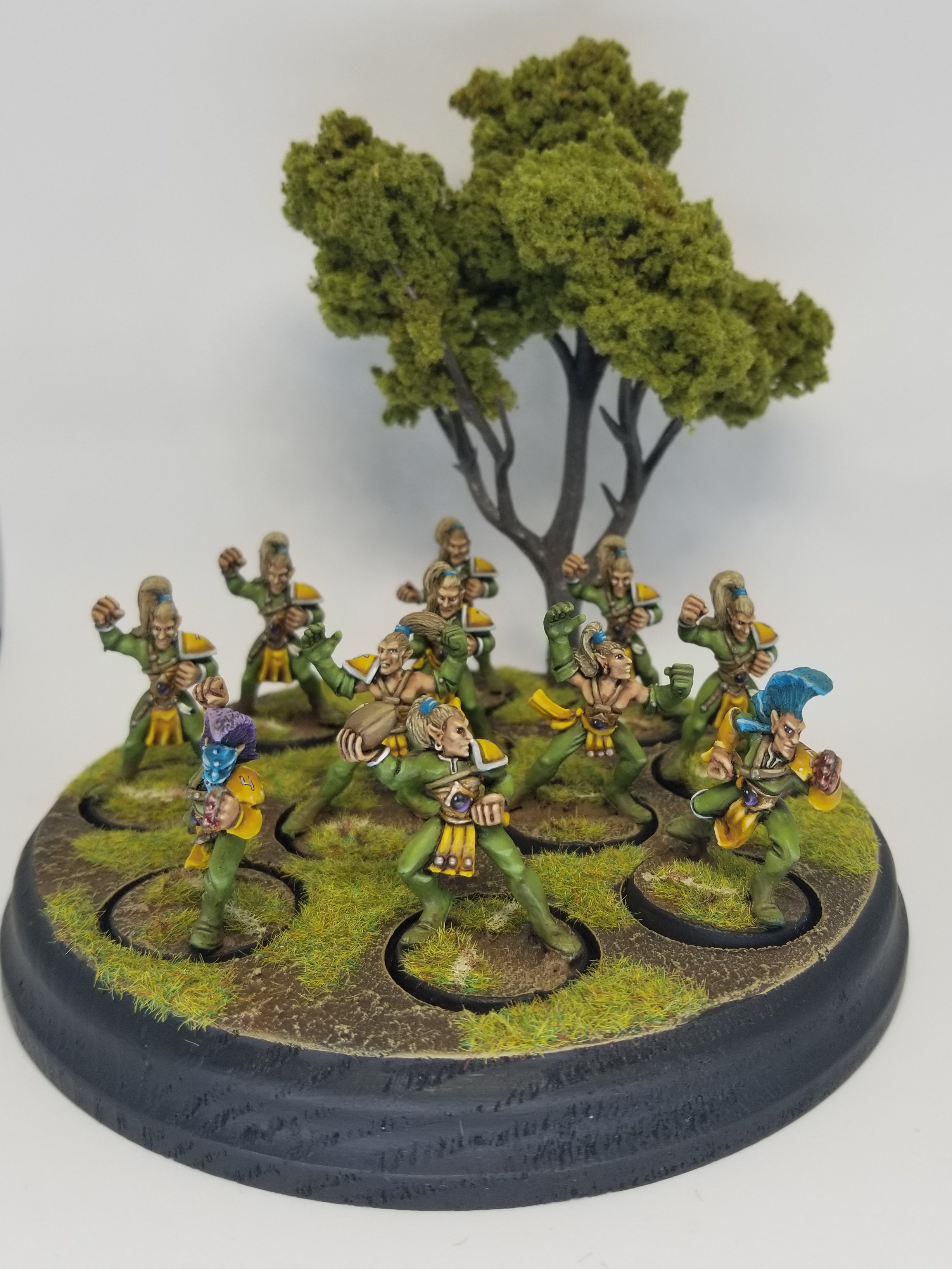