I got into Blood Bowl back in 2004 when I was working at Alberta Hobby in Sherwood Park. At the time I was still playing a ton of fantasy and chose Wood Elves as they were my first ever army.

A few weeks back at March Madness I ran into an old friend who I played with in that league, and after a bit of reminiscing, we decided to play a game today over a couple of drinks. For the sake of nostalgia, and partially because I have played a ton of games with my Orc team lately, I decided to bust out the old Wood Elves for this game. I had convinced myself that I was ok with using old paint jobs until I woke up this morning and felt the urge to challenge myself. I was curious to see if I could get an appreciably better paint job by the time I had to meet up for my game at 7:00pm. 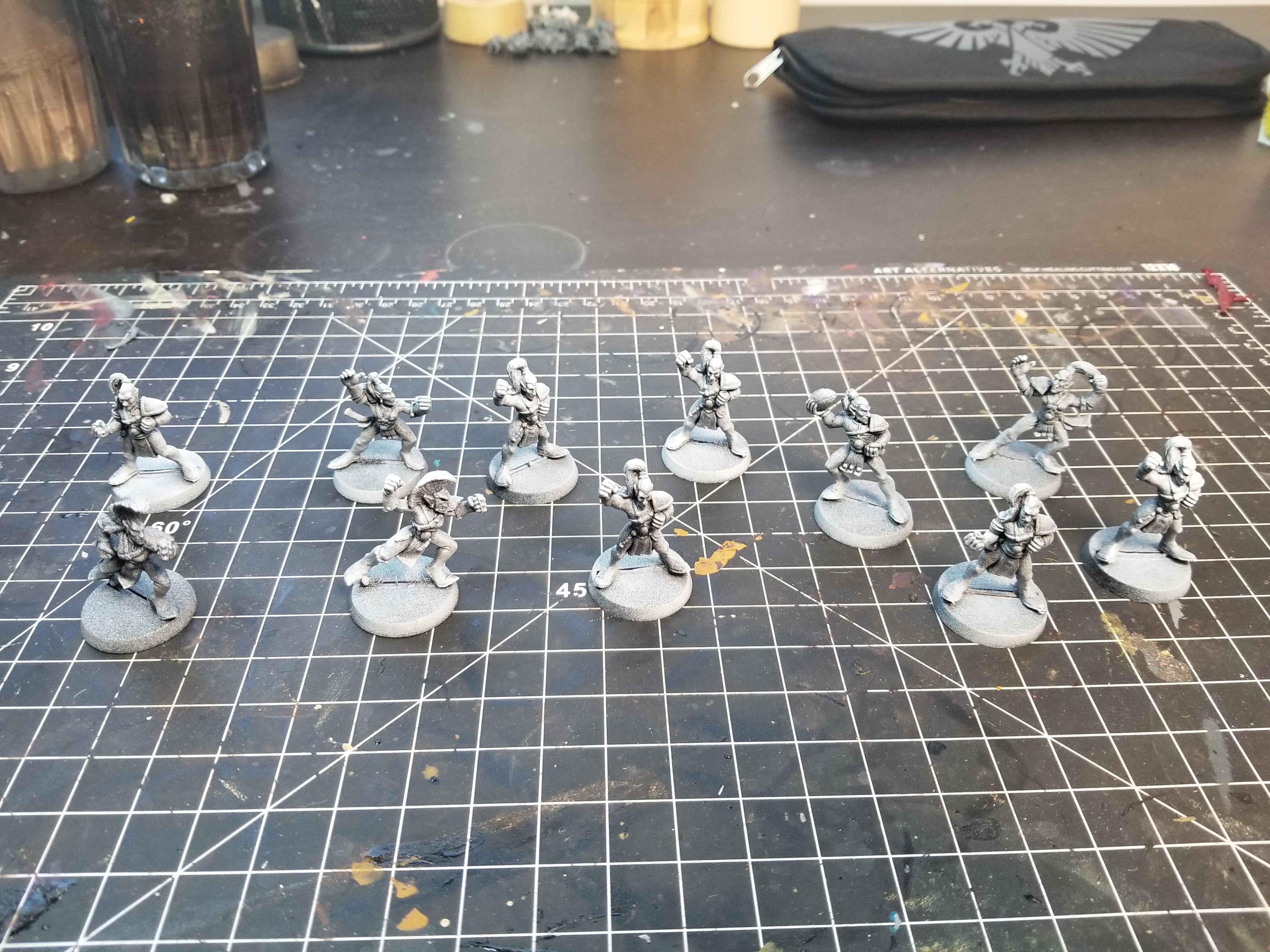 I ended up airbrushing the green on to all of the models and then started cracking on the paint  jobs. My main goal was to try and get some contrast within the colours and to get a nice striking yellow. As the green was largely on fairly flat surfaces, and I was in high-speed painting mode, I really do not have any photos of the process, but I am quite happy with how they turned out for how little time/effort was put into it. 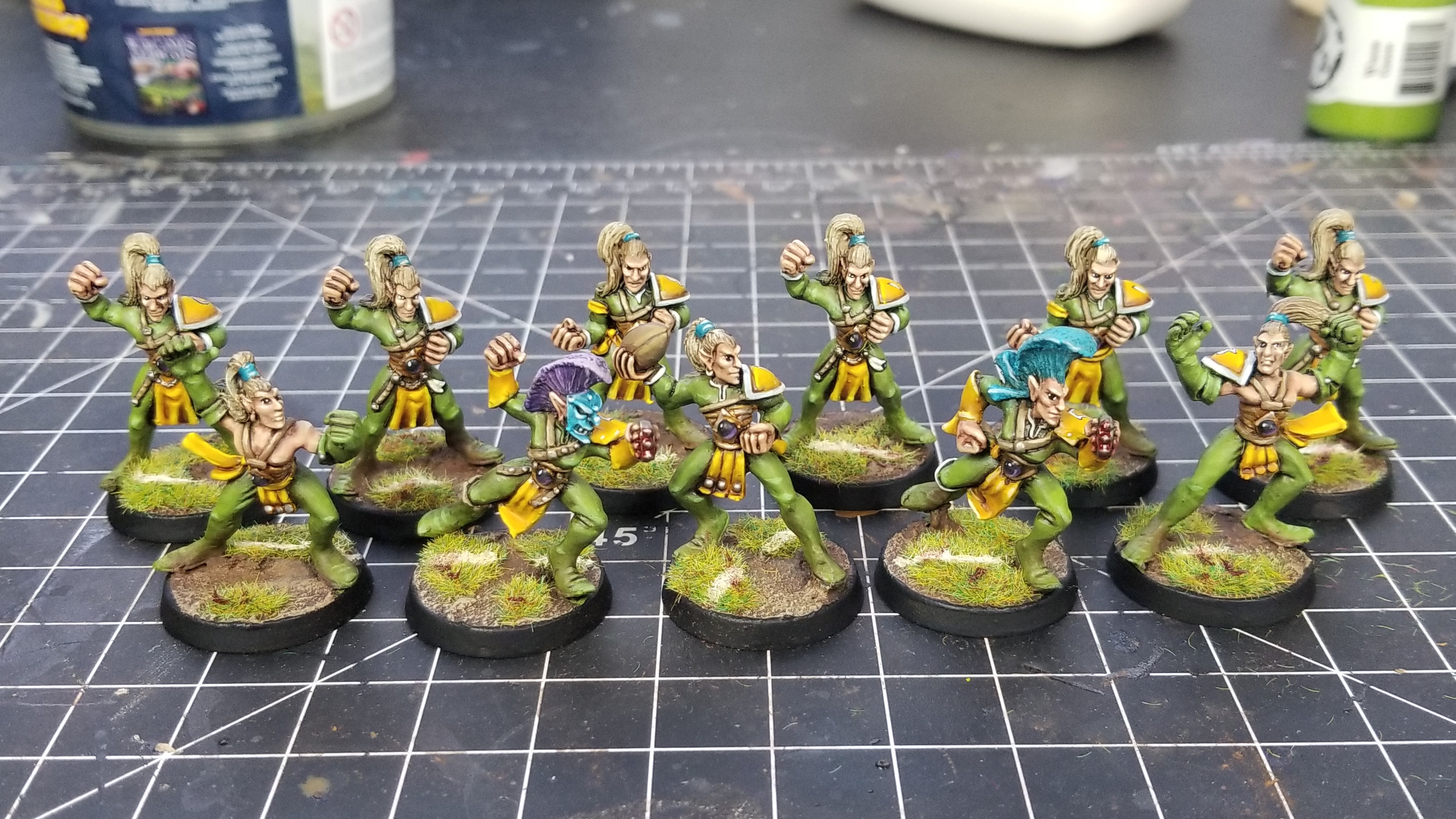 Here is a quick example of the previous paint scheme compared to the current one. Sadly I did not have the foresight to photograph the full team, but luckily I had an old star player paint up very similar to the rest of the team. 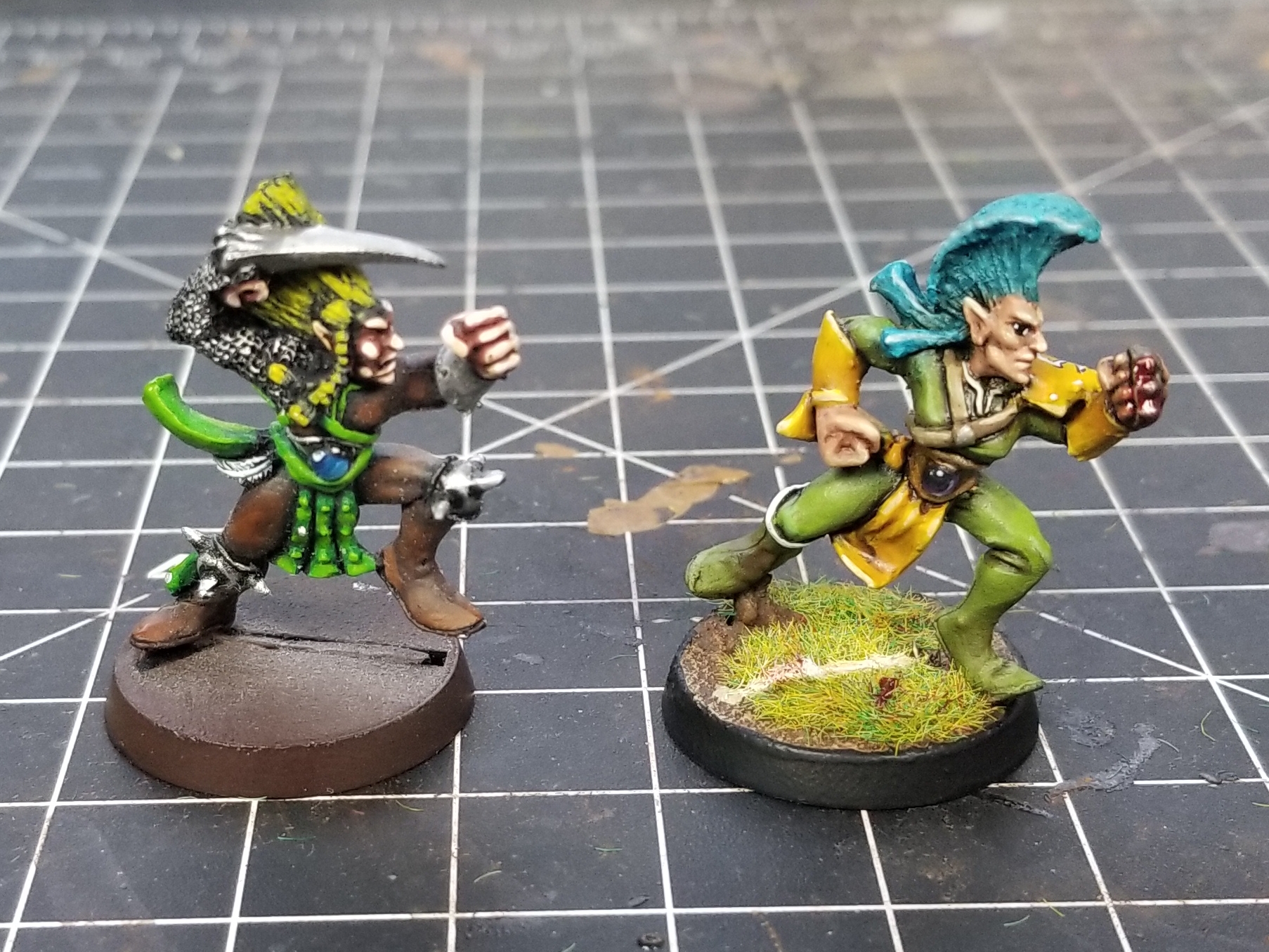 Now lets see how well I can coach the team after 14 years!